Love Songs for Tough Guys is a joyous, totally absurd, screwball family affair, featuring the director’s wife and son and an entire gallery of comic luminaries at their pitch-perfect best in a far-fetched ensemble film about a bunch of tough guys who fall hard when it comes to love.  In fact, the film is a veritable love letter… to poetry and theater, to the vulnerability all artists feel revealing their souls, and to the people who stumble into our lives and make our hearts skip a beat. Because even for thugs, sometimes love is all that really matters in this cockeyed world of ours.

Accomplished author/playwright/director/screenwriter/actor, Samuel Benchetrit dropped out of school at 15 and was making short films by his early 20s.  He published his first novel, Récit d’un Branleur, at 25, in 2000; and wrote and directed his first play, Comédie sur un quai de gare, in 2001. Two years later, he directed his first feature, Janis et John (2003), followed by I Always Wanted to Be a Gangster (2008), which won a Best Screenplay Award at Sundance.  His subsequent films include Chez Gino (2011); Un voyage (2014); and Asphalte (2015), based on his semi-autobiographical collection of short stories, Chroniques de l’asphalte (2005), which was nominated for a César Award for Best Adapted Screenplay.  His previous film, Dog (COLCOA 2019) was based on his 2015 novel Chien. Love Songs for Tough Guys was an official selection at the 2021 Cannes Film Festival. 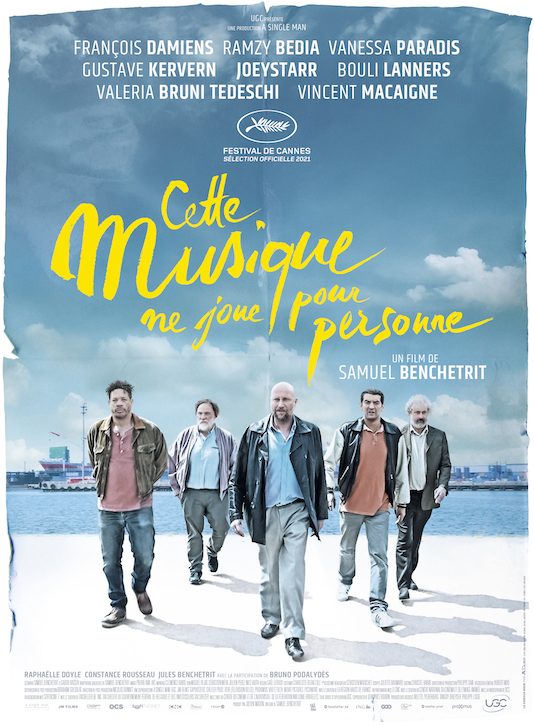