Best known to American audiences as Hervé, the frantic agency assistant in the hit Netflix series Call My Agent!, actor Nicolas Maury moves behind the camera, directing, co-writing and starring in this coming-of-age dramedy, My Best Part. Here, the actor courageously steps into the skin of the mercurial Jérémie, a hypersensitive struggling actor with an uncontrollable green-eyed monster on his back. Grappling with personal loss, a love life in shambles and a faltering career, Jérémie often turns to his clear-headed mother for support (Nathalie Baye in one of the loveliest roles of her career) in this auspicious, often touching, directorial debut.

A graduate of the Conservatoire national d’art dramatique de Paris, Nicolas Maury was first seen on screen in an uncredited role in Patrice Chéreau’s Those Who Love Me Can Take the Train (COLCOA 1999).  As an actor, he has appeared in Philippe Garrel’s Les amants réguliers (2005), Emmanuelle Bercot’s Backstage (2005), and the Olivier Assayas segment of Paris, je t’aime (COLCOA 2007).  Yet it was his role in the Netflix series Call My Agent! (COLCOA 2016 & 2017) that launched his career in a big way. In 2019, he was nominated for a Best Supporting Actor Award in the CinEuphoria International Competition for his role in Yann Gonzalez’s Knife + Heart. His directorial debut, My Best Part was selected to participate in the (unfortunately cancelled-due-to-Covid) 2020 Cannes Film Festival and nabbed a 2021 César nomination for Best First Film. 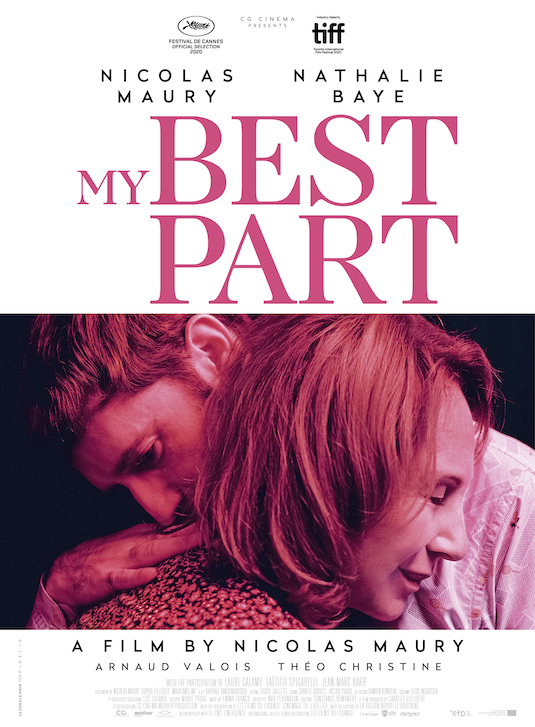