Leyla Bouzid’s assured, introspective second feature is indeed brimming with both love and desire. This soft-spoken coming-of-age story tells the tale of Ahmed, a highly-conflicted French-Algerian student from the projects, and Farah, a free-spirited, sensual young woman from Tunisia. Enrolled in the same Arabic poetry class at the Sorbonne, the attraction between them is immediate. But Ahmed is torn — almost paralyzed — between his traditional ideal of a “pure love” and the eroticism that both Farah and Arabic poetry have awakened in him. As their literature professor says on the first day of class, “Desire, desire, and yet more desire. Is that not what literature is all about?”

Leyla Bouzid was born in Tunisia and grew up in Tunis.  In 2003, she moved to Paris to study French literature at the Sorbonne, then studied directing at La Fémis film school.  After writing and directing several award-winning short films, her first feature, As I Open My Eyes (COLCOA 2016), was presented at the Venice Film Festival, and went on to win more than forty international awards.  A Tale of Love and Desire, her second feature, closed the International Critics’ Week sidebar at this year’s Cannes Film Festival. 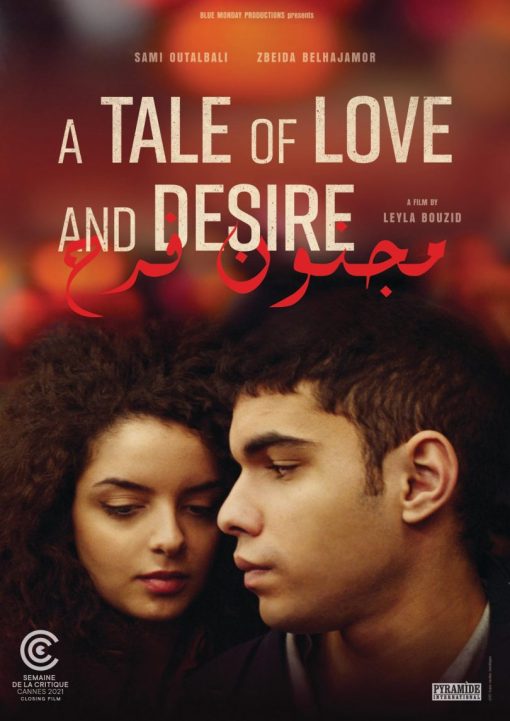