Documentary director Yves Jeuland has woven a highly personal portrait of his childhood idol, consummate French showman — singer, dancer, actor, political activist — Yves Montand, who would have turned 100 this year.  Comprised entirely of archival footage, the film follows the rise of Ivo Livi, from poor Italian immigrant to charismatic French music hall star, to the consummate actor he ultimately became, despite enormous insecurities and an at-times-debilitating perfectionist streak.  We traverse the great loves of his life — Piaf, Monroe, Amiel, and especially Simone Signoret — and his broad political arc, from devout communist to impassioned right-wing militant.  All seen through the eyes of a life-long admirer and unequivocal fan.

Since 2001, Yves Jeuland has directed some 27 documentaries for television and theatrical release, many of them focused on political engagement or empowerment.  Paris à tout prix (2001) chronicled Bertrand Delanoë’s mayoral campaign, Being Jewish in France (2007) recounted the French history of anti-Semitism, Les gens du Monde (2014) documented the work of journalists at the newspaper Le Monde, and À l’Elysée, un temps de président (2015) followed the daily routine of President François Holland.  However, he is clearly equally intrigued by the world of entertainment, as evidenced in Un Français nommé Gabin (2017), on the life of film star Jean Gabin; Charlie Chaplin, le génie de la liberté (2020) and All About Yves Montand, which was featured in the Cannes Classics section of this year’s Cannes Film Festival, for a special 100th birthday celebration. 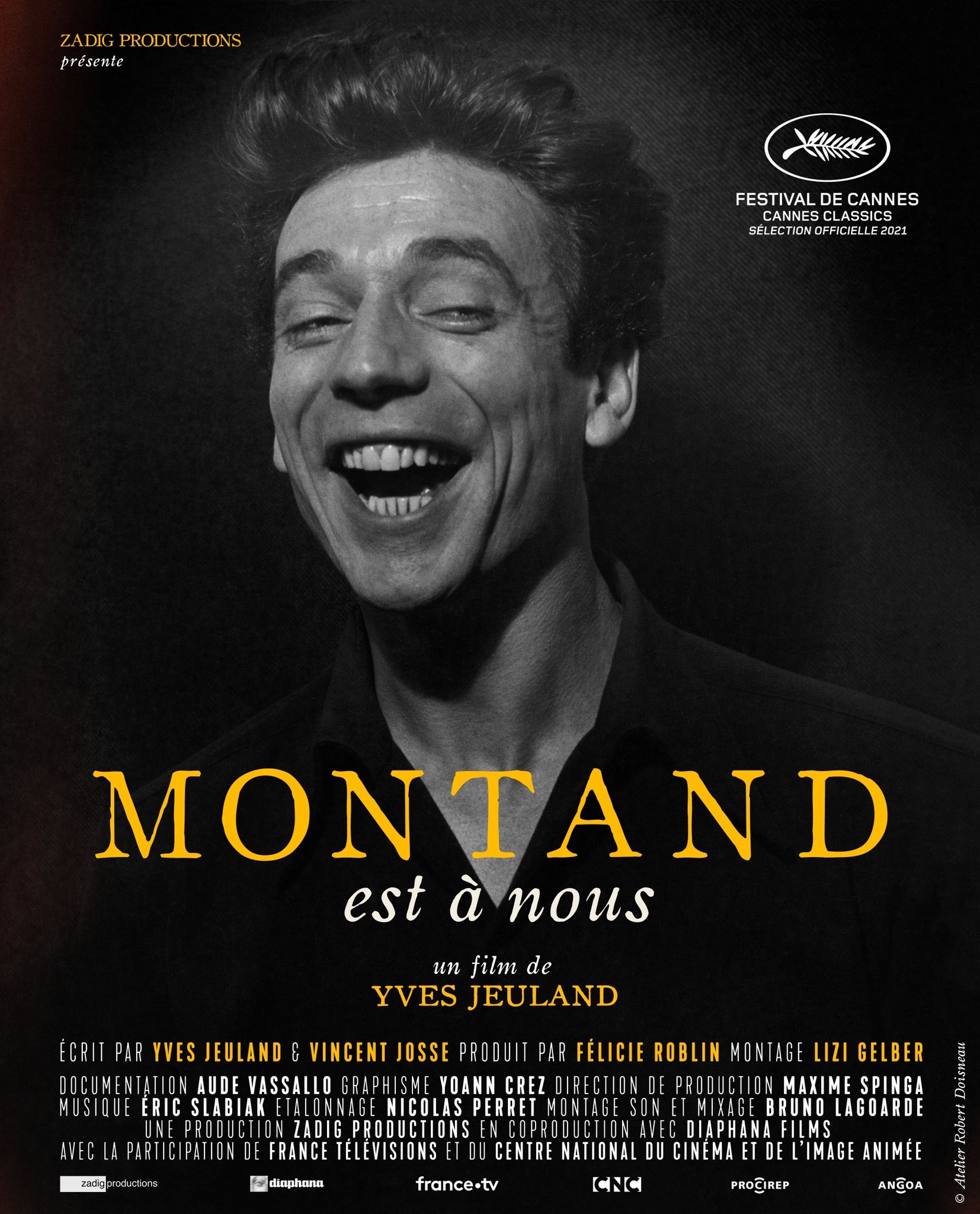