Based on French investigative journalist Florence Aubenas’ best-selling non-fiction book, The Night Cleaner, Between Two Worlds recounts the adventures of Marianne Winckler, a celebrated author who goes undercover as a cleaning lady to write a book on job insecurity in the gig economy. The film was understandably a passion project for leading lady Juliet Binoche, who spent years trying to convince the author to part with the book’s film rights. Aubenas eventually agreed, but only if Emmanuel Carrère were to direct. Carrère filled out the rest of the cast with a group of extraordinarily talented non-professional actors, adding the necessary grit and authenticity… and zeroing in on the thorny ethical questions of trust, truth and exploitation behind any such endeavor, no matter how well-intentioned.

Often described as the most original nonfiction writer in France, author/screenwriter/film director Emmanuel Carrère has written some 15 books, fiction and nonfiction alike. He has won numerous literary prizes, including the prestigious Prix Renaudot, Prix Femina and the Grand Prix de littérature Henri Gal awarded by the Académie Française. He has co-written numerous screenplays, several of them adaptations of his own novels, including Claude Miller’s Class Trip (1996) and I’m Glad My Mother Is Alive (2009), Nicole Garcia’s The Adversary (2002), and Philippe Loiret’s All Our Desires (2011). He made his feature directorial debut with the documentary film Retour à Kotelnitch (2003), and went on to write and direct The Moustache (2005), an adaptation of his own 1986 novel. Between Two Worlds was the opening film of the Directors’ Fortnight section of this year’s Cannes Film Festival. The film is presented at COLCOA prior to its French and US release. 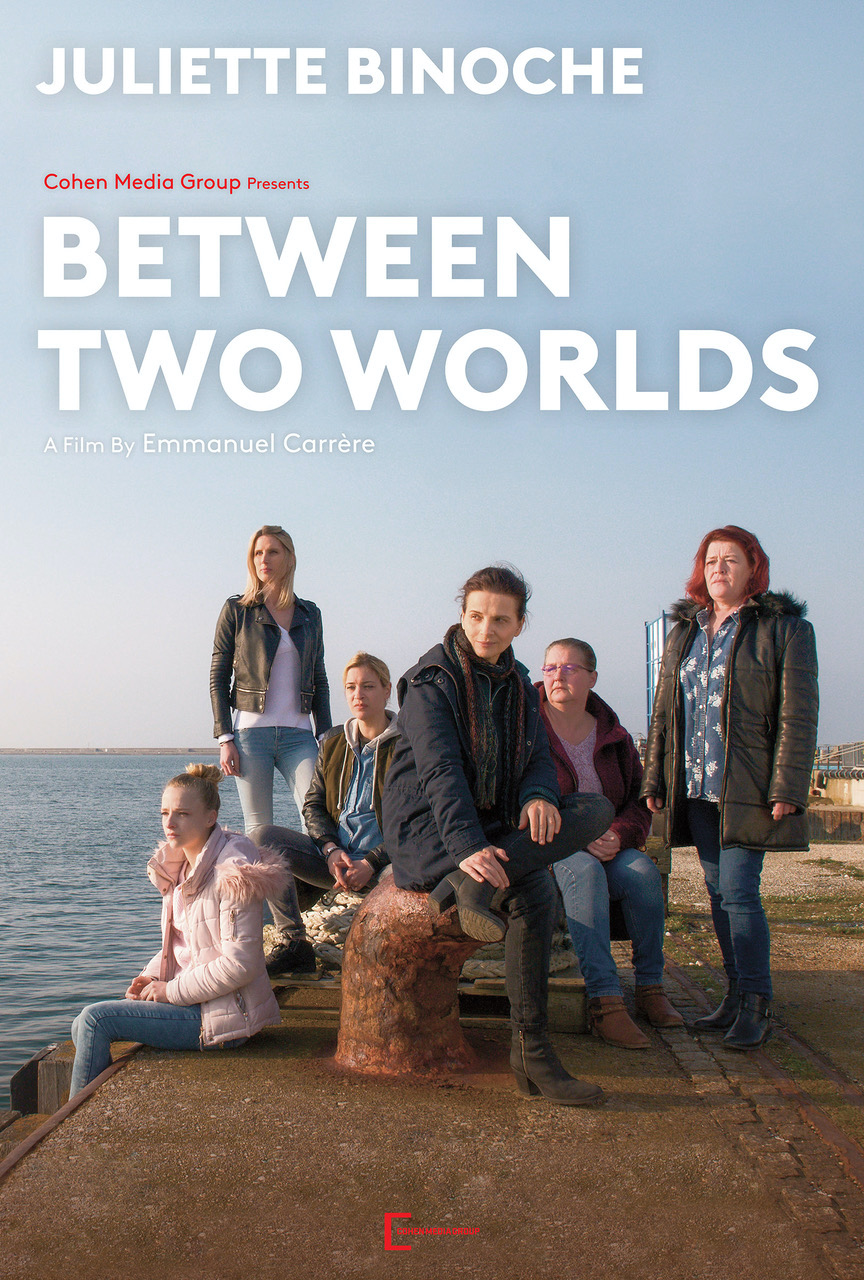