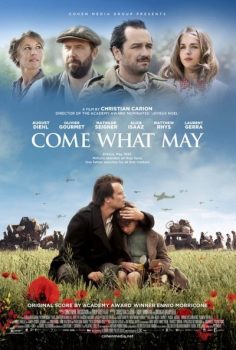 War films tend to tell stories about political leaders, or the soldiers who carry out their orders. COME WHAT MAY examines the effects of war on more ordinary citizens, a timely subject in the midst of the refugee crisis. It’s 1940; German Panzers are smashing through the Ardennes forest on their way to France. Eight million people flee – the largest exodus in modern history. Among them are Paul, the mayor of a small village, and Suzanne, a young schoolteacher and surrogate mother to Max, a displaced German boy. They organize the charge to abandon the town and head for the safety of the coast. It’s a heavy decision, because taking their caravan on the open roads leaves them defenseless against German attack. At the same time, Max’s father Hans, who fled the Nazi regime and was subsequently imprisoned in France, sets out to look for his son, accompanied by Scottish soldier Percy (The Americans star Matthew Rhys), who hopes to repatriate a set of bagpipes with the retreating British army. An intimate story, told on an epic scale, and with an expansive score by the maestro of film music, Academy Award winner Ennio Morricone. 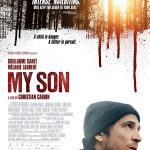 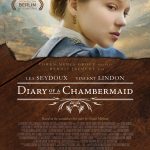