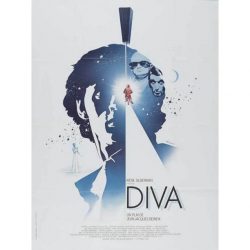 Director Jean-Jacques Beineix (BETTY BLUE) launched the Cinéma du look movement with this stylish cult thriller that remains as innovative today as when it premiered in 1981 in France. Jules (Frédéric Andréi), a young postal carrier, illegally tapes a concert of a reclusive opera singer (American soprano Wilhelmenia Wiggins Fernandez). Jules’ attempts to woo the diva are interrupted when Taiwanese bootleggers come after the recording. His problems worsen when a prostitute slips another tape, one that incriminates a police chief, into his bag. Now, Jules must escape the police chief, the cop’s henchmen and the bootleggers to keep both precious tapes safe—and to stay alive. Featuring a celebrated chase through the Paris Metro and an early appearance by Jean-Pierre Jeunet (Amélie) favorite Dominique Pinon, Diva earned César Awards for Beineix, Vladimir Cosma’s sumptuous music and Philippe Rousselot’s eye-popping cinematography. 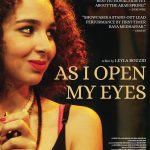 AS I OPEN MY EYESDrama, Woman Director