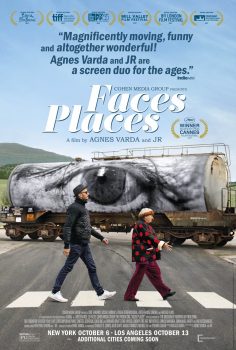 89-year old Agnes Varda, one of the leading figures of the French New Wave, and acclaimed 33 year-old French photographer and muralist JR teamed up to co-direct this enchanting documentary/road movie. Kindred spirits, Varda and JR share a lifelong passion for images and how they are created, displayed and shared. Together they travel around the villages of France in JR’s photo truck, meeting locals, learning their stories and producing epic-size portraits of them. The photos are prominently displayed on houses, barns, storefronts and trains revealing the humanity in their subjects, and themselves. A Worldwide acclaimed documentary, FACES PLACES documents these heart-warming encounters as well as the unlikely, tender friendship they formed along the way. 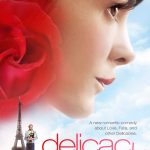 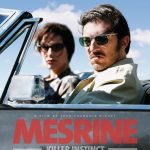