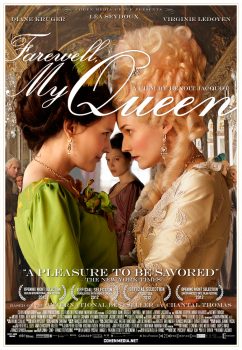 FAREWELL MY QUEEN marks the return of acclaimed director Benoît Jacquot (A SINGLE GIRL, SEVENTH HEAVEN , IN THE WOODS) and brilliantly captures the passions, debauchery, occasional glimpses of nobility and ultimately the chaos that engulfed the court of Marie Antoinette in the final days before the full-scale outbreak of the Revolution. Based on the best-selling novel by Chantal Thomas, the film stars Léa Seydoux as one of Marie’s ladies-in-waiting, seemingly innocent but quietly working her way into her mistress’s special favors, until history tosses her fate onto a decidedly different path. With the action moving effortlessly from the gilded drawing rooms of the nobles to the back quarters of those who serve them, this is a period film at once accurate and sumptuous in its visual details and modern in its emotions. Diane Kruger gives her best performance to date as the ill-fated Queen and Virginie Ledoyen is the Queen’s special friend Gabrielle de Polignac. 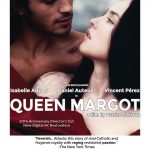 QUEEN MARGOTCLASSIC, Theme of the Month