Presented in Association with:
Wide

The French title of André Bonzel‘s documentary feature is drawn from a quote from Charles Baudelaire, “And I passionately love all things in which sound intermingles with light.” The film is, indeed, a very personal paean to the flickering ghosts of the moving image.  Not only to the elevated “seventh art,” but also — especially — to amateur films that capture the ephemeral joy and tender sentiments between the person behind the camera and those peering into his or her lens.  It is, of course, a quirky — at times, even zany — love letter to the cinema in all its forms.  The adventure began when Bonzel, an avid film collector, even as a child, became the unexpected recipient of a treasure trove of home movies left behind by a now-defunct distant relative he never knew.  What was inside those boxes serendipitously revealed an unimagined family history, several skeletons in the ancestral closet, a kind of mirror the filmmaker then held up to the world to measure his own existence against, and perhaps the very meaning of life itself.

French writer/director/cinematographer André Bonzel co-wrote and co-directed the short film Pas de C4 pour Daniel Daniel (1987) with his Belgian film-school pals Rémy Belvaux and Benoît Poelvoorde.  The threesome then went on to write and direct the black-comedy mockumentary Man Bites Dog (1992), about a film crew following a serial killer and recording his horrific crimes, which became a cult hit in both Europe and America, and garnered top film awards from the Belgian Film Critics Association, the French Syndicate of Cinema Critics, and at the Toronto and Catalonian Film Festivals.  Flickering Ghosts of Loves Gone By premiered as an Official Selection, out of competition, at the 2021 Cannes Film Festival, where it nevertheless picked up the Special Youth Award and the SACD Award, from the Society of Dramatic Authors and Composers (the French equivalent of the Writers Guild), for Best Feature. 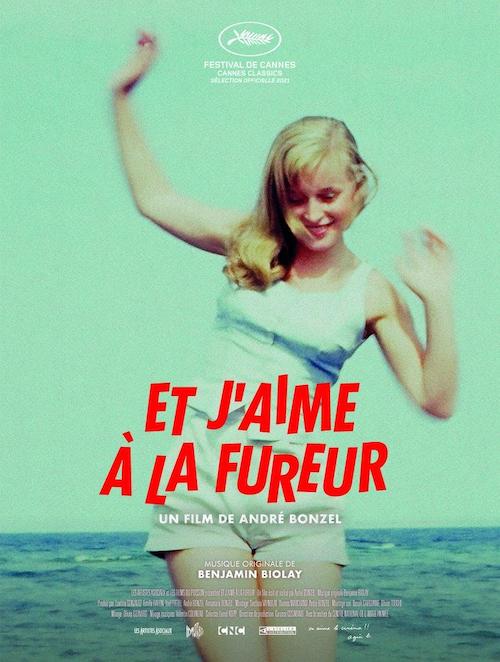