The gleeful Podalydès brothers follow in the footsteps of Charlie Chaplin’s Modern Times with this sweet, jubilant sendup of start-up culture and the uberization of our contemporary world. The set-up is simple: Alexandre has two months to prove to his estranged wife that he can raise their two small kids, get a job and become financially independent. But the ultra-cool start-up where he finally lands a position has but one cardinal rule: all employees must be available 24/7… and, most especially, must have “no children!” As poetic as it is satirical, French Tech is a tender paean to fatherhood and our common humanity, with a delightful dash of romantic comedy thrown in.

Co-writer/director/actor Bruno Podalydès began his career making industrial films for Air France. He made his first short films in 1989, and his second film, Versailles Rive-Gauche (1992) won a César Award for Best Short Film. Beginning with that short, all of his films have featured his brother, actor Denis Podalydès, who has co-written six of them. They include Dieu seul me voit (1998), which won the César Award for Best First Feature; The Mystery of the Yellow Room (2003); the “Montmartre” segment of Paris, je t’aime (2006); Park Benches (2009); Granny’s Funeral (2012), which was selected for the Directors’ Fortnight at the Cannes Film Festival; Chocolat (2016), and Bécassine (2018). French Tech was an official selection of the (unfortunately cancelled-due-to-Covid) 2020 Cannes Film Festival. 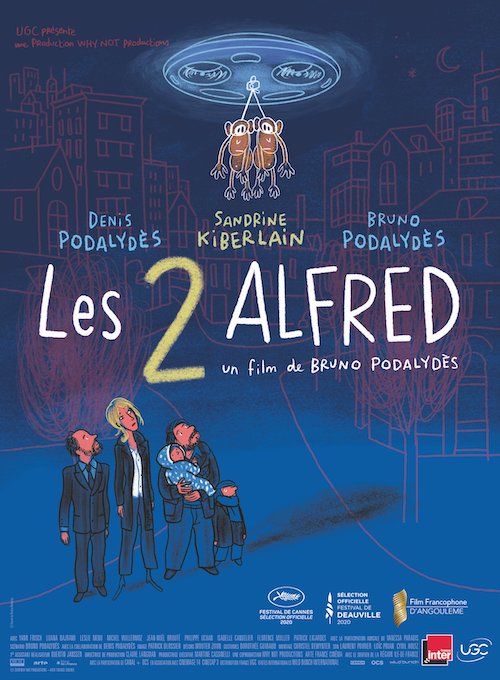