Fanny Liatard’s and Jérémy Trouilh’s poetic, visually stunning, truly magical first feature revolves around Yuri, a 16-year-old boy desperately determined to save his home — the decaying, outer-city Paris housing project, Cité Gagarine — from demolition. That’s both the point of departure and rhapsodic theme of this astonishingly ambitious, beautifully realized, terrifically moving film that shoots for the stars, speaking of love and abandonment, community and isolation, dreams of floating through space, and, most of all, that deep, irrepressible need for home, family and human connection. A sort of Close Encounters of the Third Kind for the 21st Century, Gagarine was an Official Selection of the unfortunately-canceled 2020 Cannes Film Festival.

Fanny Liatard and Jérémy Trouilh first met as political science majors in college before diverging onto separate paths. Trouilh trained in documentary filmmaking; Liatard worked on urban artistic projects in Lebanon and France. They eventually rejoined forces to write and direct three shorts films — Gagarine (2015), a Sundance Channel Shorts Competition Jury Prize winner; La République des Enchanteurs (2016); and Blue Dog (2018), which was nominated for a César Award for Best Short Film. In addition to being an Official Selection at Cannes, their first feature, Gagarine, walked away with the Best Director Award at the 2020 Athens Film Festival. 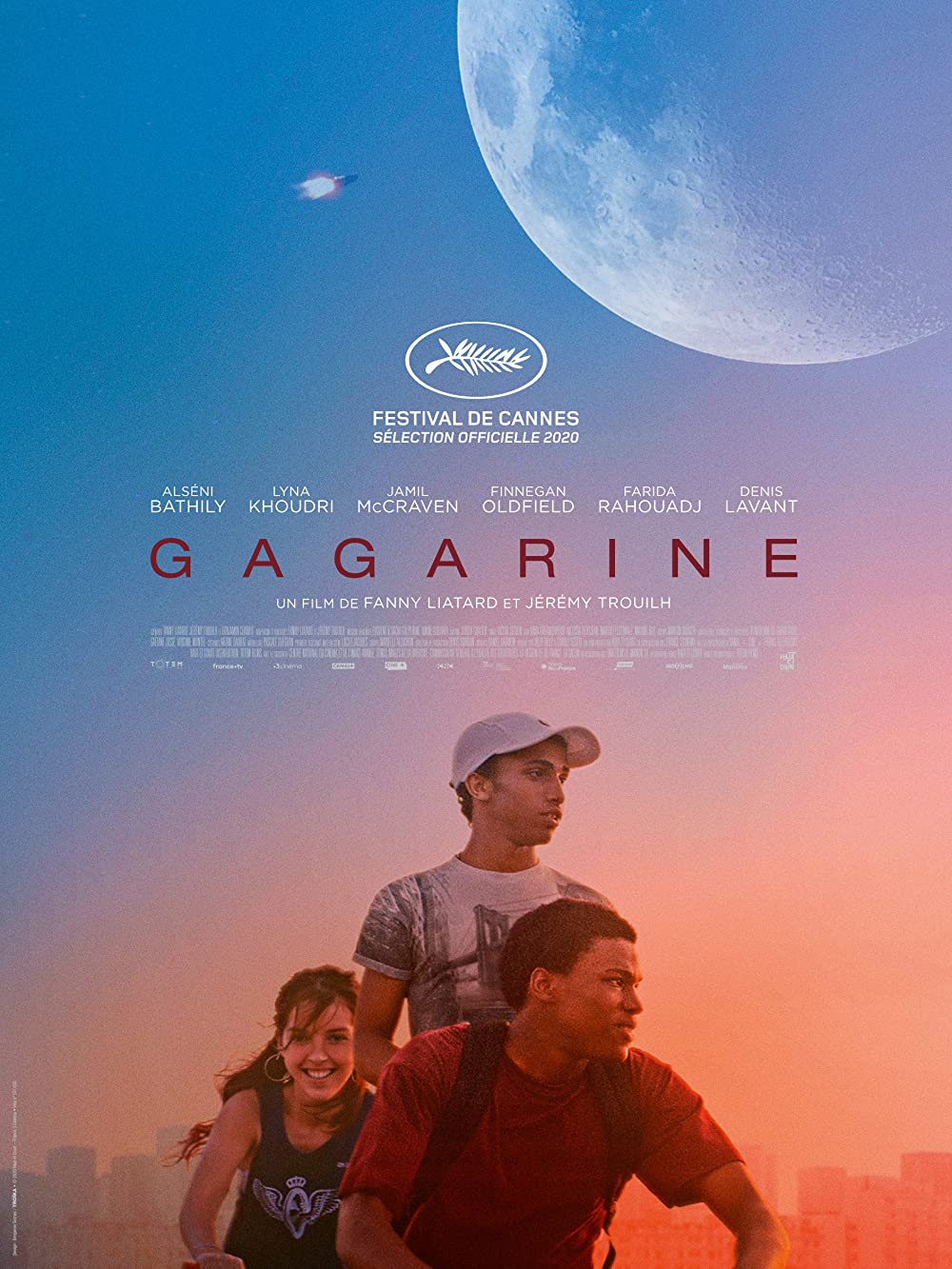