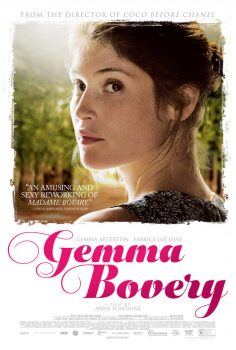 In this vibrant seriocomic re-imagining of Flaubert’s literary classic Madame Bovary, life imitates art in uncanny ways when earthy British beauty Gemma Bovery (Gemma Arterton) and her furniture restorer husband Charles (Jason Flemyng) move to a charming ramshackle old farmhouse in the very same Norman village where the novel was written a century earlier. Their welcoming neighbor, local baker and Flaubert expert Martin Joubert (Fabrice Luchini), becomes entranced with Gemma and sets out to be her guide and mentor to her new surroundings. It doesn’t take long before he is drawing parallels between the literary and real life woman, while he insinuates himself into her life. As reality sets in on the fantasy of rural French domesticity, the Boverys’ marriage begins to fray and Gemma finds herself at loose ends. She soon catches the eye of a handsome young playboy and when her magnetic ex suddenly reappears, she finds herself at a crossroads and seems to be fulfilling Joubert’s worst fears that her destiny is linked to that of Flaubert’s doomed heroine. Director Anne Fontaine’s (COCO BEFORE CHANNEL, NIGHT SHIFT) clever adaptation of Posy Simmonds’ graphic novel Gemma Bovery is at once a cheeky literary mash-up, a sensuous romance, a witty feminist commentary and a heady celebration of French provincial life. 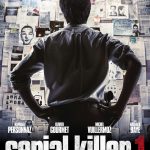 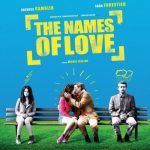 THE NAMES OF LOVERomantic Comedy