Consummate actor Samir Guesmi takes the director’s chair to create a hushed, almost solemn portrait of the unconditional love between a father and his son. And newcomer, Abdel Bendaher, is a revelation in the role of Ibrahim, a taciturn technical school student torn between his devotion to his conscientious working-stiff father and his flashier, less-than-virtuous best friend. After undeservedly taking the fall for a robbery gone wrong, he’s determined to make up for that insult to his father, whose quiet dignity is beautifully brought to life by Guesmi himself. But given the difficulty both men have in expressing their feelings for one another, that’s easier said than done.

Co-writer/director Samir Guesmi is a well-known actor in France and has appeared in more than 130 films and TV series since 1988. He was honored with the Michel-Simon Prize and the Best Actor Award at the Amiens Film Festival for his starring role in Youcek Hamidi’s Calamity Malik (1996). Other notable films include Alain Gomis’ Andalucia (2007); Noémie Lvovsky’s Camille Rewinds (2011), for which he received a César nomination for Best Supporting Actor; and Rachid Hami’s La Mélodie (2017). He also had recurring roles on such TV series as Spiral (2008) and The Returned (2015). In 2007, he directed his first short film, C’est dimanche, which won the Audience Award at the Clermont-Ferrand Film Festival and the Grand Prize at the Grenoble Film Festival. Ibrahim, his feature directorial debut, was an Official Selection in the 2020 Cannes Film Festival, then nabbed four prizes at the Angoulème Film Festival (Best Music, Best Screenplay, Best Director and Best Film); then won the Grand Jury Prize at the Angers Premiers Plans Festival. 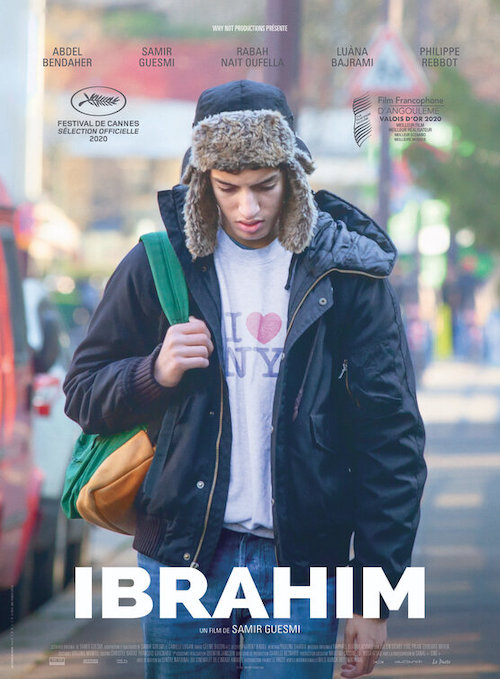