James Bond meets Walter Mitty in Philippe de Broca’s giddy 1973 send up of B-series spy movies, starring the inimitable Jean-Paul Belmondo at his gleeful, charismatic best. Here, Belmondo relishes the dual comic roles of François Merlin, milquetoast author of 42 very pulpy espionage novels, and his alter-ego, the ultra-dapper superspy Bob Saint-Clar. For her part, Jacqueline Bisset does double-duty, as well — as François’ sociology student neighbor, Christine, and his uber-sexy literary femme fatale, Tatiana. The over-the-topness of this tongue-in-cheek, merry romp knows no bounds… and is downright magnifique in its own right!

Often compared to alienated antiheros James Dean, Marlon Brando and Humphrey Bogart, consummate actor Jean-Paul Belmondo was born in Paris in 1933, was an amateur boxer at 16 and studied acting at the Conservatoire National d’Art Dramatique at 20. After a handful of small parts, he skyrocketed to fame in 1959, at the age of 26, as the poster-boy for the French New Wave — literally launching it as Jean-Luc Godard’s chain-smoking bad-boy in Breathless. He went on to star in a slew of New Wave and art house fare, including Claude Chabrol’s À double tour (1959); Peter Brook’s Moderato Cantabile (1960); Vittorio De Sica’s Two Women (1960); Godard’s A Woman is a Woman (1961) and Pierrot le Fou (1965); Jean-Pierre Mellville’s Léon Morin, Priest (1961), Le Doulos (1962) and Magnet of Doom (1963); René Clément’s Is Paris Burning? (1966); Louis Malle’s The Thief of Paris (1967); François Truffaut’s Mississippi Mermaid (1969), Alain Resnais’ Stavisky (1974).

However, by the mid-sixties, Belmondo was bored with playing rebellious antiheroes in art film after art film and was ready for a change. That watershed moment came with Philippe de Broca’s That Man From Rio (1964) — an earlier, equally enchanting James Bond spoof told at breakneck speed — which was a huge commercial success and remained Belmondo’s favorite film to the end of his days.

From that point on, “Bébel”, as his French fans called him, was drawn to more commercial fare, mostly comedies and action films, and famously — fearlessly — always insisted on doing his own, often very dangerous, stunts. Some of his later films included Claude Lelouch’s Love is a Funny Thing (1969), Itinerary of a Spoiled Child (1988), for which Belmondo received a César Award for Best Actor, and Les Misérables (1995); Jacques Deray’s Borsalino (1970); Jean-Paul Rappeneau’s Swashbuckler (1971); Georges Lautner’s The Professional (1981); Marion Sarraut’s TV movie version of Cyrano de Bergerac (1990), a role he also performed on-stage in Paris in 1990; Patrice Leconte’s Half a Chance (1998); Cédric Klapisch’s Maybe (1999); and Bertrand Blier’s Les Acteurs (2000). A stroke in 2001 forced him to stop working for eight years, before making his final film, Francis Huster’s A Man and His Dog (2008).
Belmondo was honored with a Career Achievement Award from the Los Angeles Film Critics Association in 2009, an Honorary Palme d’Or at the 2011 Cannes Film Festival, and a Career Golden Lion at the 2016 Venice Film Festival.

Jean-Paul Belmondo died, at the age of 88, on September 6th of this year. 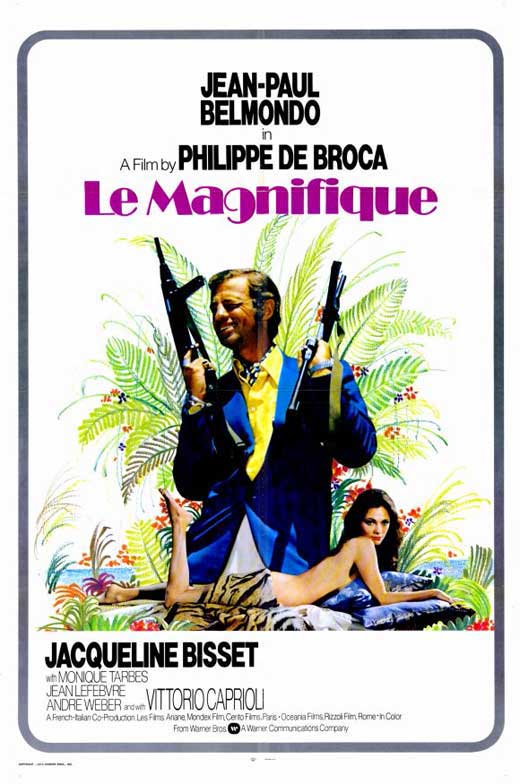