First-time director Vincent Maël Cardona bursts onto the scene with an exhilarating, post-punk coming-of-age story about two brothers who launch a pirate radio station in their Brittany backwater in the early 1980s. Swaggering Jérôme and his taciturn, more-geeky kid brother are a kind of Cain and Abel in this 21st century East of Eden about the circuitous journey of one diffident, creative, incisive young man on the way to finding his own voice. One might say the same thing about the film’s extremely promising new director. But the film’s pulsing heartbeat is also attributable to its highly-inventive soundscape and its gifted young leads — an introspective Thimotée Robart, smoldering Marie Colomb, and a charismatic Joseph Olivennes (who just happens to be the son of Kristin Scott-Thomas).

Co-writer/director Vincent Maël Cardona was born in Brittany, France, in 1980 and is a graduate of La Fémis film school in Paris. His short Coucou-les-Nuages (2010) was featured in the Cannes Cinefondation student short competition and received a Best Screenplay Award at the La Cabina Valencia Film Festival. Magnetic Beats, his first feature, premiered in the Director’s Fortnight parallel selection of this year’s Cannes Film Festival, where it was honored with the SACD Prize, awarded by the French Writers’ Guild. The film then went on to win the Prix d’Ornano-Valenti in Deauville. 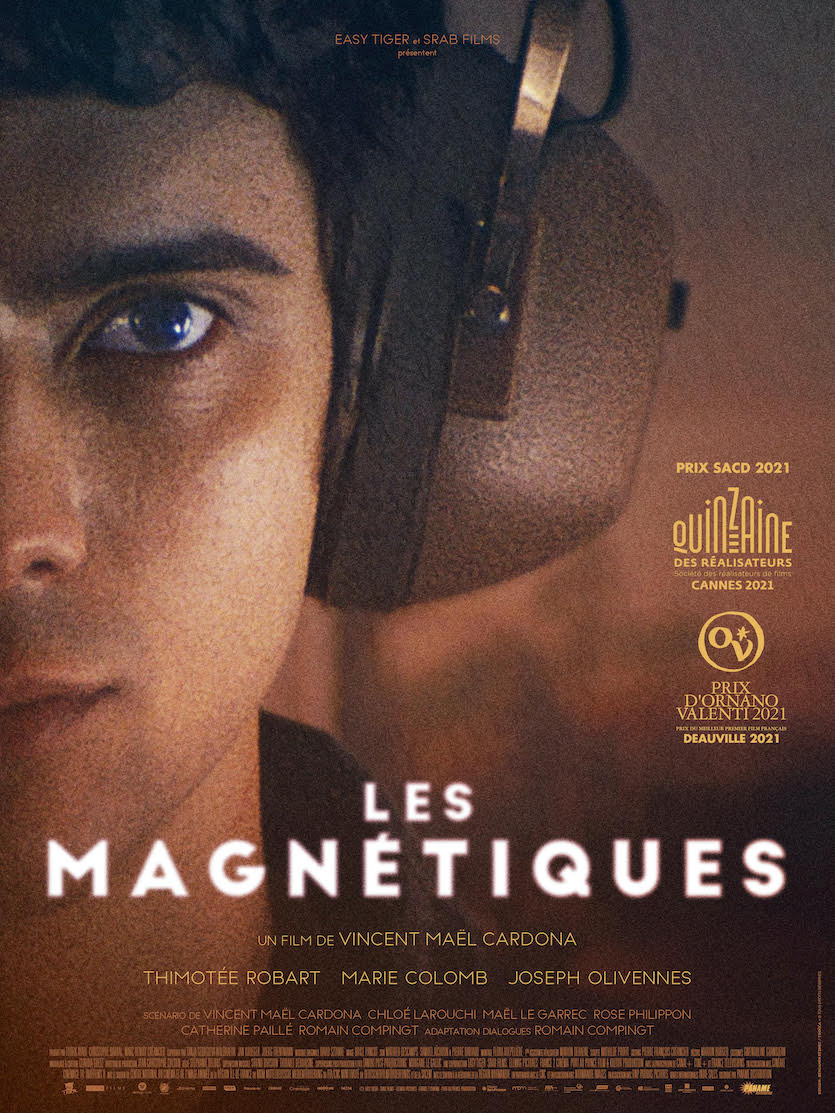