Olga is a driven 15-year-old gymnast training for the Olympics in Kiev in 2013. Her mother is an outspoken journalist with their dictatorial President Yanukovych in her crosshairs. As a result, both of their lives are in danger. So, Olga is sent off to the safe haven of Switzerland, with the hope of joining the Swiss Olympic team. Almost documentary-like in its realism, Elie Grappe’s riveting portrait of a determined young athlete, set against the backdrop of a revolution unfolding in Ukraine, is as much a balletic ode to the passion and discipline of athletes everywhere, as an exploration of the profound, unyielding power of national identity.

Co-writer/director Elie Grappe started out as a music student at the Lyon National Conservatory, before enrolling at the University of Art and Design Lausanne (ECAL) to study cinema. His documentary short Rehearsal (2014) focuses on the music world, and his thesis film Suspendu (2015) is totally free of dialogue and relatively music-free. Olga, his first feature, was 19 days into a 33-day shoot when the COVID lockdown halted production, with two weeks of filming yet to be completed. Premiering at the International Critic’s Week sidebar of this year’s Cannes Film Festival, Olga won the SACD Best Screenplay Award. It is also Switzerland’s Official Entry for the 2022 Academy Award for Best International Feature Film. 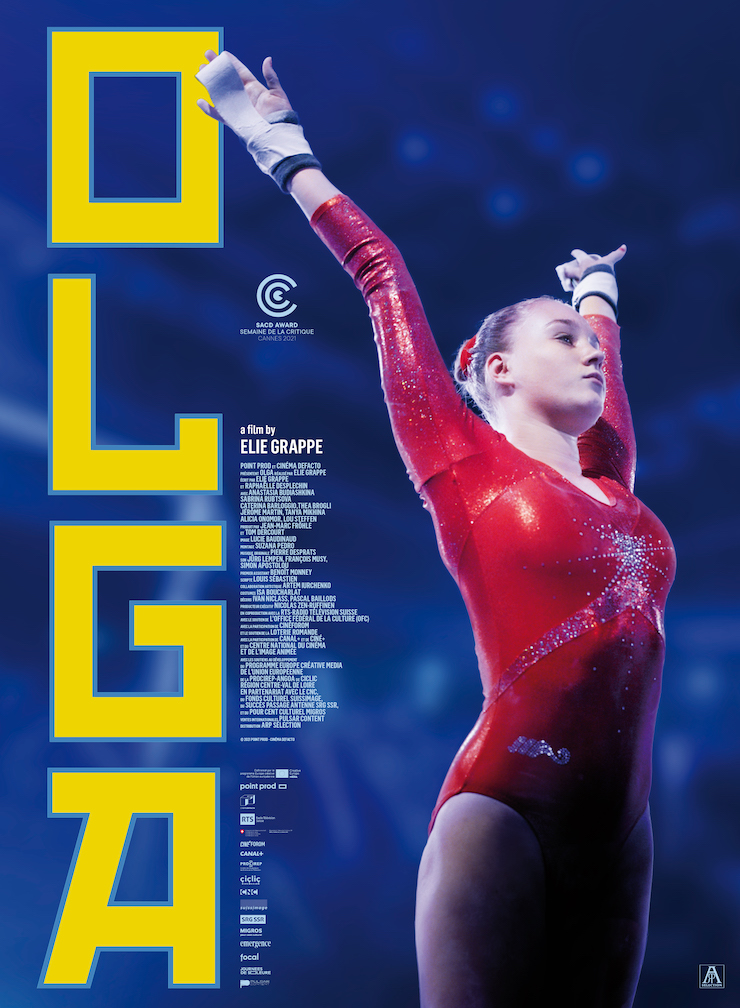