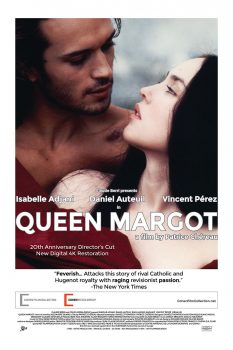 Sister of King Charles IX, Margot is young, beautiful, and Catholic. She is to be sacrificed on the altar – the wedding altar – to the coarse, petulant, and Protestant Henri, King of Navarre.  The marriage has been arranged to help end the interminable religious wars that plagued 16th century France. Disgusted by Henri, Margot seeks solace in the form of love from someone well outside a court infested with intrigues, betrayals, and royal poisoners. But as Protestant aristocrats pack the city to attend the wedding, an assassination attempt triggers a bloody chain of events that will lead to wholesale slaughter. Sprawling, savage, fearless, sensual, and ingenious, this restless retelling of a grisly chapter in French history is stacked with career-defining performances, including Isabelle Adjani’s insatiable yet vulnerable Margot, and Virna Lisi’s rapacious and unrepentant Catherine de’ Medici. COLCOA is proud to present with Cohen Media Group the 20th anniversary digitally restored director’s cut version of Patrice Chereau’s masterpiece. 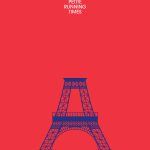 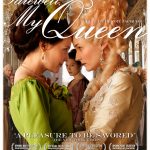 FAREWELL MY QUEEN Drama, History, Romance, Theme of the Month