Luis Buñuel’s and Jean-Claude Carriere’s 1972 gleefully absurdist masterpiece, The Discreet Charm of the Bourgeoisie, follows three upper-middle-class couples, brought to life by six French New Wave icons, in their frustrating, labyrinthine quest to actually partake of a meal. Their characters’ various desires continually thwarted, deferred or interrupted, the filmmakers gradually reveal the true colors of a decadent, decaying European aristocracy, thereby assaulting the values of the ruling class. Originally released at a time when an anti-establishment mindset, social unrest and political activism was at its height, Discreet Charm was Buñuel’s most successful film at the box office and the pinnacle of his career, earning an Oscar for Best Foreign Film, a BAFTA Award for Best Screenplay, and named that year’s Best Film by the National Society of Film Critics.

Born in southwestern France in 1931, virtuoso author, playwright and screenwriter Jean-Claude Carriere made his first foray into the cinema co-directing the short film Happy Anniversary (1961) with Jacques Tati’s celebrated gag-man, Pierre Étaix. That film, his very first, won an Oscar for Best Short Film that year. However, his most famous and enduring collaboration was with Spanish director Luis Buñuel, with whom he co-wrote such classics as Diary of a Chambermaid (1964), Belle de Jour (1967), The Discreet Charm of the Bourgeoisie (1972), The Phantom of Liberty (1974), and That Obscure Object of Desire (1977). His other screenwriting credits (there are over 150 of them!) include Louis Malle’s Viva Maria (1965), The Thief of Paris (1967) and May Fools (1990); Milos Forman’s Taking Off (1971) and Valmont (1989); Patrice Chéreau’s The Flesh of the Orchid (1975); Volker Schlöndorff’s The Tin Drum (1979), which won the Palme d’Or at Cannes and an Oscar for Best Foreign Language Film, and Swann in Love (1984); Peter Brook’s French TV-movie adaptation of Shakespeare’s Measure for Measure (1979); Jean-Luc Godard’s Every Man for Himself (1980) and Passion (1982); Daniel Vigne’s The Return of Martin Guerre (1982), which won a César Award for Best Original Screenplay; Andrzej Wajda’s Danton (1983); Philip Kaufman’s The Unbearable Lightness of Being (1988), which won a BAFTA Award for Best Adapted Screenplay; Jean-Paul Rappeneau’s adaptation of Edmond Rostand’s Cyrano de Bergerac (1990), which snagged a Cannes Best Actor Award for Gérard Depardieu; and Julian Schnabel’s At Eternity’s Gate (2018). A great aficionado of Indian culture, Carrière also collaborated with Peter Brook on his 9-hour stage version of The Mahabharata at the 1985 Avignon Theater Festival, which was subsequently made into a TV mini-series in 1990. He cowrote the book The Power of Buddhism (1996) with the Dalai Lama, wrote the novel Please, Mr. Einstein (2006), and received an Honorary Academy Award for Lifetime Achievement in 2014 for his “elegantly crafted screenplays.” Jean-Claude Carriere died in Paris, at the age of 89, on February 8th of this year. 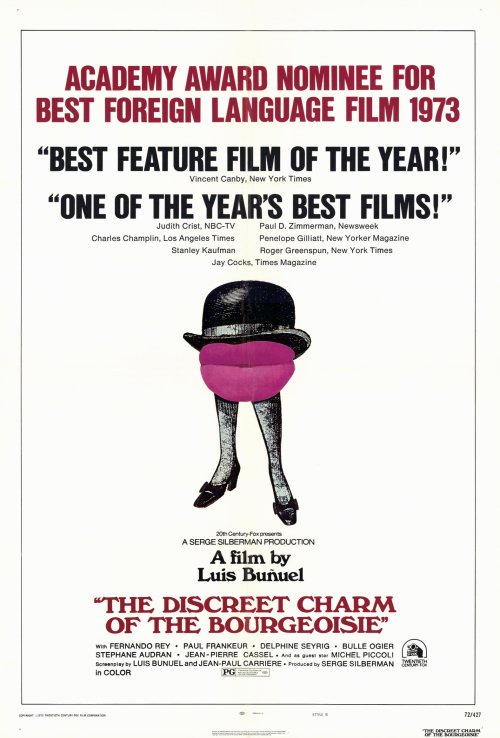