Cast spectacularly against type, actor Vincent Macaigne is riveting as he cruises through the mean streets of Paris into its seedy underbelly, a labyrinthine world of opioid junkies and pharmacist-abetted drug trafficking… not as a Philip Marlow- or Travis Bickle-type character, but as a “night doctor.” Alternating documentary-like house calls to ailing Parisians — the purported nuts and bolts of our hero’s profession — with backseat examinations and bootleg prescriptions, Elie Wajeman’s gritty, at-times ferocious, film noir recounts the existential crisis of the doctor in question, as he struggles to save lives and maintain his medical ethics… against all odds.

Co-writer/director Elie Wajeman made his first short film, Los Angeles, in 2008. His first feature, Alyah (COLCOA 2013), premiered in the Directors’ Fortnight parallel section of the Cannes Film Festival, and Les anarchistes (2015) was the opening film of the International Critics Week parallel sidebar at Cannes. He then directed two episodes of the hit Canal+ series The Bureau in 2016. The Night Doctor was an Official Selection of the 2020 Cannes Film Festival. 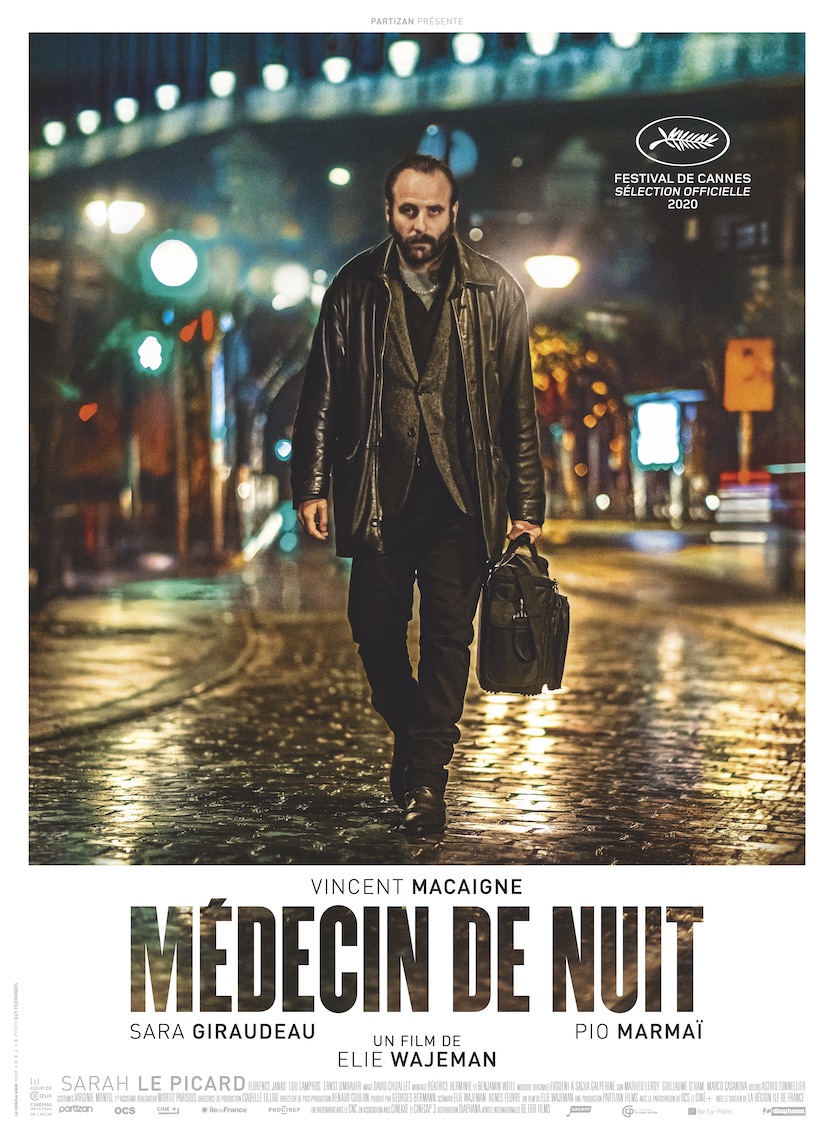