Much like her role in Christian Vincent’s Haute Cuisine (COLCOA 2013), once again Catherine Frot portrays a demanding artisan, a French countrywoman passionate about her craft, humble by nature, proud in her staunch values, with deep roots in the terroir of her family home. This time, she’s Eve Vernet, a brilliant breeder of roses carrying on in her father’s footsteps. Increasingly crushed by moneyed, industrial competitors, her small family business of two — Eve and her secretary — is on the verge of bankruptcy. Then she’s saddled with three rehabilitation workers who know nothing about gardening, in this tender dramedy about apprenticeship, striving for excellence, and the passing down of savoir-faire.

Co-writer/director Pierre Pinaud is a graduate of the Ecole Louis-Lumière film school. His second short, Early Frost (1999), won numerous festival prizes, including the Best Short Film Awards at both the Milan International Lesbian and Gay Film Festival and NewFest: New York’s LGBT Film Festival. Another short, Crumbs (2008), won the Critics Award of the French Syndicate of Cinema Critics and a César Award as Best Short Film. His first feature, On Air (2012) starred Karen Viard as a radio talk show host. The Rose Maker is dedicated to his mother, who was a horticulturist. 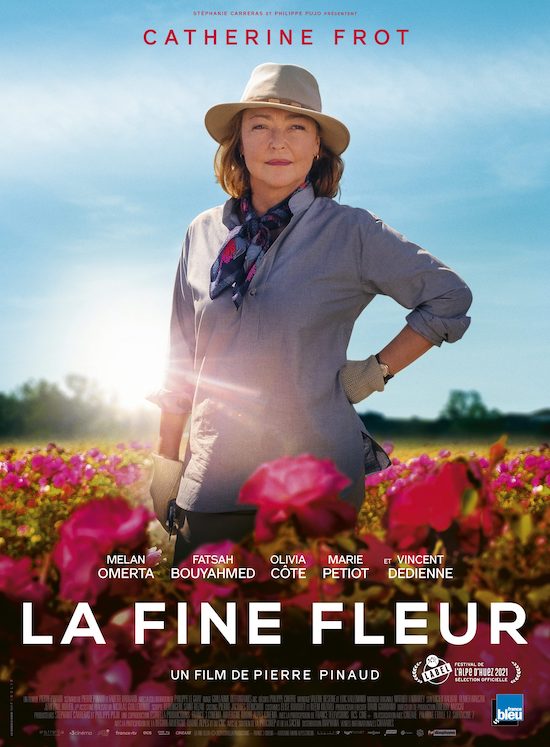