THE SUMMIT OF THE GODS
(LE SOMMET DES DIEUX)

Were George Mallory and Andrew Irvine the first men to scale Mount Everest in 1924? That innocent question, challenging recorded mountaineering history, launches a young Japanese photo-journalist on his own philosophical path of discovery in Patrick Imbert’s elegantly animated adaptation of Jiro Taniguchi’s and Baku Yumemakura’s manga masterpiece. Meticulous graphics and pitch-perfect sound design convey both the thrill of the quest and the film’s heightened sense of impending danger at each vertiginous step. The Summit of the Gods is ultimately a suspenseful, profound discourse on Man’s unfathomable need to surpass nature and the catharsis inherent in climbing walls of stone and ice.

Co-writer/director Patrick Imbert is an accomplished animator with numerous short, TV series and feature film credits to his name, including Pascal Morelli’s Corto Maltese: Secret Court of the Arcanes (2002); Antonio Navarro’s The Three Wise Men (2003); Stéphane Aubirer’s, Vincent Patar’s & Benjamin Renner’s Oscar-nominated Ernest & Celestine (2012); and Christian Desmares’ & Franck Ekinci’s April and the Extraordinary World (2015). In 2017, he directed his first feature with Benjamin Renner, The Big Bad Fox and Other Tales, which garnered numerous awards, including a César Award for Best Animated Film. The Summit of the Gods was an Official Selection at this year’s Cannes Film Festival. 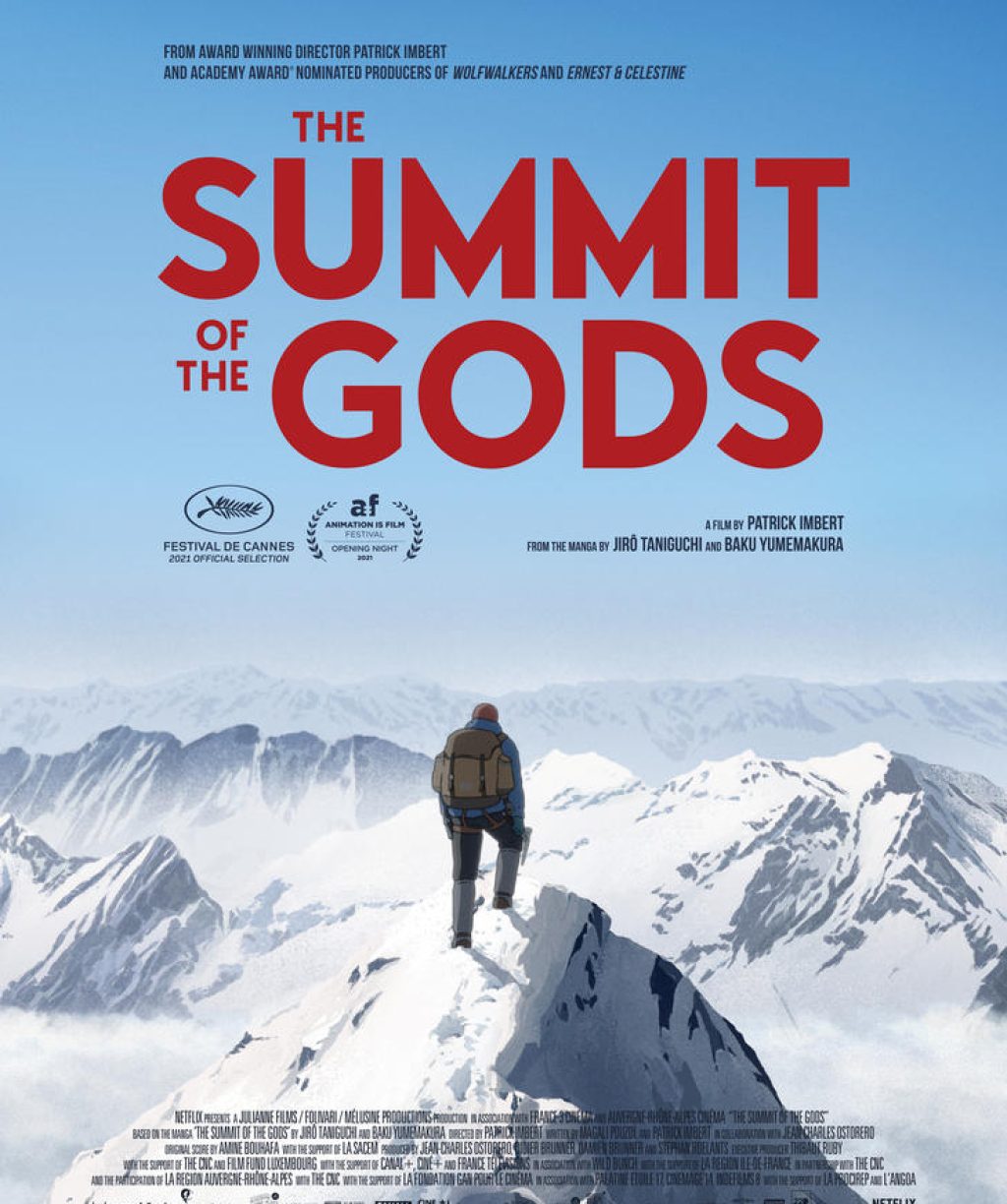